Take look at our

Was an Indian revolutionary from Maharashtra (then Bombay State), known mainly for his involvement in the assassination of a British police officer named John Saunders. He was an active member of the Hindustan Socialist Republican Association (HSRA) and on 23 March 1931, he was hanged by the British government along with his associates Bhagat Singh and Sukhdev Thapar.

Rajguru was born on 24 August 1908 at Khed to Parvati Devi and Harinarayan Rajguru in a Marathi Deshastha Brahmin family. Khed was located at the bank of river Bheema near Pune. His father died when he was only six years old and the responsibility of the family fell on his elder brother Dinkar. He received primary education at Khed and later studied in New English High School in Pune. He joined Seva Dal at a young age. He attended a training camp conducted by Dr. N. S. Hardikar at Ghatprabha He was a member of the Hindustan Socialist Republican Association, who wanted India to be free from British Raj by any means possible. Rajguru became a colleague of Bhagat Singh & Sukhdev Thapar, and took part in the assassination of a British police officer, J. P. "John" Saunders, at Lahore on 17 December 1928. Their actions were to avenge the death of Lala Lajpat Rai who had died a fortnight later after being badly beaten by the police while on a march protesting the Simon Commission His birthplace of Khed was renamed as Rajgurunagar in his honour. Rajgurunagar is a census town in Khed tehsil of Pune district in state of Maharashtra. 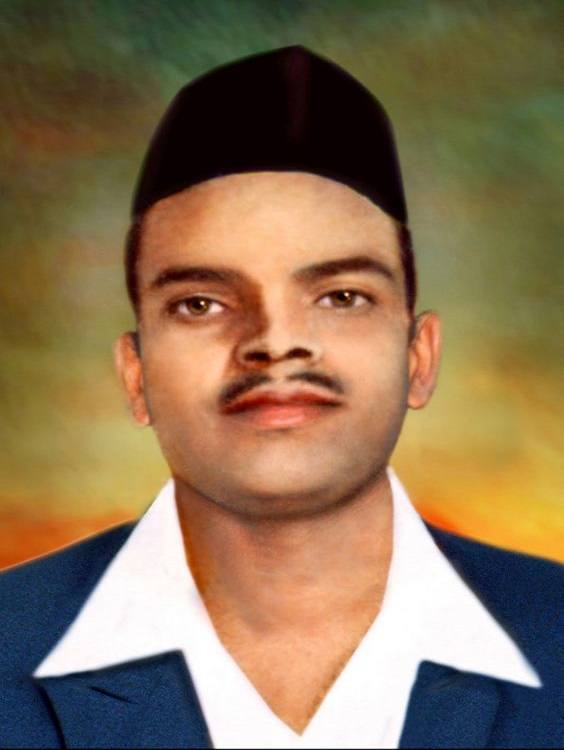 • 31st October 1982 : Opening of 2 new branches at Kadus and Bajarpeth(Rajgurunagar).

• 1st September 1984 : By giving an independent existence to the Bank's Head Office Transaction Department, it was converted into a separate ‘Tilak Chowk branch’ and thus the fourth branch became functional.

• 1st Novenber 1985 : There has been change in the Name of the Bank to “Rajgurunagar Sahakari Bank Ltd”.

Get in touch with us.

Take look at our

Rajgurunagar Sahakari Bank Ltd. has rich history over the period of pre independent India. Bank was established in the Year 1931 in small village of Khed in Pune District by its Founder Member Late Shri Parshuram Bhagirath Apte with the social objective of providing easy credit to small farmers in and around Khed District who otherwise had to avail finance from Local Money Lender at hefty rates and providing momentum to co-operative movement

Formation of the bank helped the people in the Village to save their money in the bank and also avail Loans in case of need and for farming during the crop seasons.With the great efforts of the Founder members during the period bank could survive the World War and Great Depression of 1942 and celebrated its Silver Jubilee 1956. In the Year 1970, in memory of Late Shivram Hari Rajguru, great Indian revolutionary and freedom fighter name of Khed Taluka was renamed as Rajgurunagar and pursuant to this Bank was named as Rajgurunagar Sahakari Bank Ltd.